Unites States District Court for the Eastern District of Pennsylvania

Dean H. Malik has substantial multi-faceted experience in civil litigation as well as criminal law. Over the course of his career, Dean has tried over fifty cases to verdict both by jury and by judge alone as lead counsel and has negotiated numerous settlements on behalf of his clients.

Dean began his legal career as a Judge Advocate in the United States Marine Corps, serving as defense counsel in military courts martial and administrative hearings at Marine Corps Air Station Cherry Point. Thereafter, Dean accepted a position as an Assistant District Attorney at the Bucks County District Attorney’s Office, where he served for four years.

While serving as a prosecutor, Dean worked closely with state and local law enforcement agencies as the District Attorney’s representative to the Bucks County Fugitive Task force, and gained experience in every aspect of criminal matters including charging, preliminary hearings, witness testimony and engagement, motions practice, and the conduct of trial and appeals in cases ranging from crimes of violence to drug-related offenses and sexual crimes. As a prosecutor, Dean argued a case of first impression before the Pennsylvania Supreme Court involving the application of the Pennsylvania Wiretap and Surveillance Control Act to Instant Messages (IMs) (Commonwealth v. Proetto).

Since leaving active duty in the military Dean has served two reserve activations in support of the Global War on Terror including one combat tour in Iraq as the Adjutant and Assistant Operations Officer for 6th Engineer Support Battalion (6th ESB) between 2007 and 2008 at Camp al Taqaddum in al Anbar Province. Most recently, Dean served as the Staff Judge Advocate and Liaison Officer for Special Purpose Marine Air Ground Task Force 12 (SPMAGTF-12) at Naval Air Station Sigonella, Sicily, and at Camp Lemonnier in the nation of Djibouti, Africa. Dean has experience in advising commanders in the implications of international law and the law of war, as well as planning the detailed execution of theater security cooperation missions with the armed forces of allied nations on the Horn of Africa. Dean is currently a Major in the United States Marine Corps Reserve.

Dean is Dean is admitted to practice before the United States District for the Eastern District of Pennsylvania and the Pennsylvania bar and is a member of the Bucks County and Pennsylvania Bar Associations.

Dean has been recognized for professional accomplishments throughout his legal career. His military awards and decorations include:

Dean is active in his community, having served as a Republican Committeeman from 2010 to present, and currently sits on Congressman Michael Fitzpatrick’s Veterans Advisory Committee. Dean was also a candidate for Congress in the 2009-2010 Republican Primary for Pennsylvania’s 8th Congressional District. In 2002, Dean founded the American Veterans’ Legal Services, a Pennsylvania non-profit corporation that provides pro bono legal assistance in civil matters to financially impoverished military veterans.

Dean Malik is a  former Bucks County prosecutor, an accomplished civil litigator and a veteran Marine Corps Officer with a proven track record  of successful results for clients. 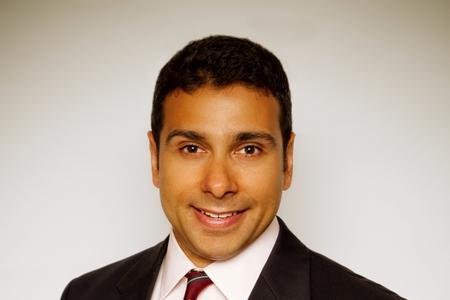